In 1981 a group of thirteen individuals met to form what was to become DOLPHIN DIVERS OF SACRAMENTO This new organization’s mission was to promote safe Scuba sport diving and provide members an avenue for diving with others who shared their interests: for the sheer pleasure of diving, as well as underwater photography, spear fishing and abalone diving. The name of Dolphin Divers of Sacramento was chosen, elections were held and membership dues collected. Forty-eight people became dues paying members at first official meeting in April 1981. The first newsletter, named “Current Bubbles” was published and distributed in May 1981. Articles of Incorporation were completed and filed with the Secretary of State, with By-laws soon to follow, and the Dolphin Divers’ logo was designed by one of our members.

The first year of the organization the following events were held: Diving at Russian Gulch, Clam dig and crab feast at Lawson’s Landing, Inland Lobster Feed, Abalone Contest, Spear fishing Contest, Monterey Boat Trip and Echo Lake high altitude dive. As you can tell, some things haven’t changed much in seventeen years. The perpetual abalone trophy began and was dedicated to Howard Pearson, the club’s first President, who died suddenly before completing his first term of office.

In 1983, we held our First Annual Easter Egg Hunt in Monterey. We had our first official club T-shirts and we held our first CARP SHOOT at Lake Comanche. In 1984 we awarded the first “Dolphin Diver of the Year” to Jan Johnson. In the early years of the club, we had our annual Christmas Party at the Dolphin Dive Shop, where we would play underwater games and have a potluck dinner and raffle.

The first Channel Island Boat trip was held August 19-21, 1990. In order to have more activities incorporated in the annual Spear fishing Contest, we added the Men’s Cooking Contest and Women’s Dessert Contest. Our first Halloween party was held at the Elk’s Lodge in Carmichael. In the successive years, we have also had activities such as the Scavenger Hunt at Lake Morning Star, rescue at the San Juan rapids for Eppie’s Great Race, Lake Tahoe altitude dives, Monterey Halibut Hunt, Great American River clean up, Salmon Snorkel, Oxygen First Aid, CPR classes and Columbia Caverns (Dry) Dive.

Dolphin Divers has grown in its membership since 1981, but holds true to its original mission. We have a wide variety of activities and events to appeal to any age group and interest. Most of all we have been able to maintain our goal to promote safe diving, while having a tremendously great time in the company of each other.

More detailed information about the club including but not limited to event rules, by-laws and mission can be found in the following document.
Dolphin Divers Club – By Laws

Proud Supporter of and Sponsored by: 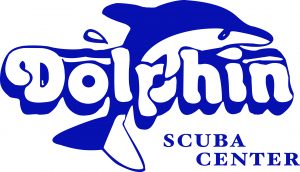 Feb
1
Wed
7:00 pm Board Meeting
Board Meeting
Feb 1 @ 7:00 pm – 9:00 pm
Monthly Board Meeting held at a Board Member’s home.  Check the Current Bubbles for meeting location. Continue reading →
Feb
15
Wed
7:00 pm General Meeting @ TBD - See home page details
General Meeting @ TBD - See home page details
Feb 15 @ 7:00 pm – 8:30 pm
Monthly general meeting.  All meetings will be held via Zoom in addition to (hopefully) in person at Round Table Pizza  Until the COVID-19 pandemic is under control, please check the website home page to see if we will be live. … END_OF_DOCUMENT_TOKEN_TO_BE_REPLACED 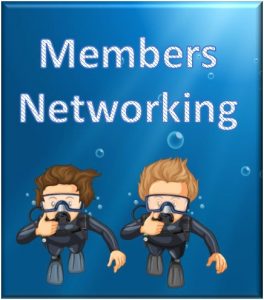 Fun Around the Club

Promote Your Page Too

Get your gear at Amazon.com